What is Network Management? 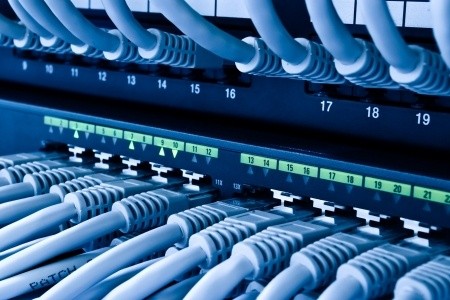 Probably no one will dispute that networks are important, but what is truly is important is that they need to be managed – particularly with the complexities of today’s network structures.

What is network management?

Network management is the set of actions that ensures that the network resources are working for you, as productively as possible.  It consists of maintaining network resources and making them available to users in accordance with expectations.

The person who performs network management is called a network administrator or a network manager, and just like when you work on a car, keeping something like a network running efficiently requires good tools for the job.  Maintaining good network connectivity, efficient and secure routing, even traffic load balancing are all part of keeping the network running smoothly.

The need for network management tools

The networks today are considerably more complex than in the early days of networking.  In addition, network complexity is constantly increasing.  Networks become complex by the growing number of devices on the network as well as the diversity of these devices.

It is quite common for organizations to have networks with one PC per individual, but networks today typically include a variety of other devices as well.  These usually include file servers, printers, routers, hubs, firewalls, and laptops, and often include devices such as security camera equipment, mobile devices, and data storage units.  Devices may be manufactured by different vendors and as a result, even the characteristics of similar devices could be widely dissimilar.   Because of the increased network complexity, we use automated tools to perform network management.

An added facet is that networks are dynamic, or alternatively, partly dynamic and partly static.  Dynamic network devices typically change constantly. As we add more devices or replacing old devices with newer ones, this increases the complexity of the network. As the business grows, usually the network also grows. More machines are added and as the number of machines on a LAN increases, the LAN is often broken up into segments that are connected by routers. Further, vendors often come up with new devices offering improved capabilities. Such devices are often incorporated into networks replacing older devices. Keeping track of a changing network necessitates the use of sophisticated network management tools.

A network management (NM) system should help in rectifying network faults. Many organizations provide a technical support process where employees call if they experience any network problems. The technical staff records the problem and takes corrective action. This form of management is often called Reactive Network Management.

In contrast, an NM system may autonomously monitor the network to detect faults. When faults are detected, the NM system records them and may either take corrective action on its own or inform the appropriate personnel who then decide what to do. This form of management is often called Proactive Network Management. Proactive Network Management is generally better since it minimizes the impact on the users and the business. Ideally, a network fault should be detected and rectified before users even become aware of it.  It is similar to receiving preventative health care..

When a new device is added to a network, some form of customization or configuration may be required. The NM system should help simplify this process by monitoring and handling those changes for all devices from one management tool or set of tools.

A good NM system should simplify the task of monitoring network performance. It should help in identifying and removing network bottlenecks. For example, an inordinate amount of network traffic may be routed through a single gateway resulting in poor response times observed by users. The NM system should be able to detect this situation and help to reconfigure the network to alleviate the problem.

Maintaining a history of past network problems and the reasons for their occurrence can be useful in future planning. For example, if it is apparent that a certain device fails often, we may decide to replace all such devices with an equivalent device from a different vendor.

Network security is a top priority for most network administrators. The NM system should aid the task of enforcing network security. It should help in detecting and preventing security breaches. For example, the NM system should maintain logs of important events such as people logging into bridges or routers. Also, if a security violation has been observed, the NM system should provide facilities for identifying the violator, and it should be possible to set up some kind of tripwire so that an alarm is raised when a hacker breaches the network. Mechanisms should be provided to record the activities of the hackers and track them down.

In many networks, identical software may be installed on multiple systems. When a new release of the software becomes available, it is often necessary to upgrade all the systems. Performing this manually is cumbersome and error-prone. It is desirable to have an automated mechanism for distributing the upgrades.

The capabilities of the NM system should grow with the network. It should not be necessary to throw out an NM system and buy a new one just because the network size crossed some threshold.

With the addition of cloud computing, the importance of effective network management continues to trend upward.  Networks are like freeways – when there are more car lanes added to the freeway, more cars may travel that road without experiencing traffic jams.  Network bandwidth is equivalent to the number of lanes you might have available to use during rush hour.  However, as most of us know, when rush hour traffic hits, cars slow down and it takes longer to get anywhere.  An efficient network has not only adequate bandwidth (enough lanes) and throughput (the road isn’t bumpy, for example), but it is also similar to driving your car on a straight road without any collisions and you get where you are going as quickly as possible.

As long as network connectivity and traffic is effectively managed, ideally proactively, your business benefits from efficient productivity.